Winning was surreal for me. The best part was getting all of the hugs at the finish. – An Interview with 2019 Afton 50K Winner Sara Conrad 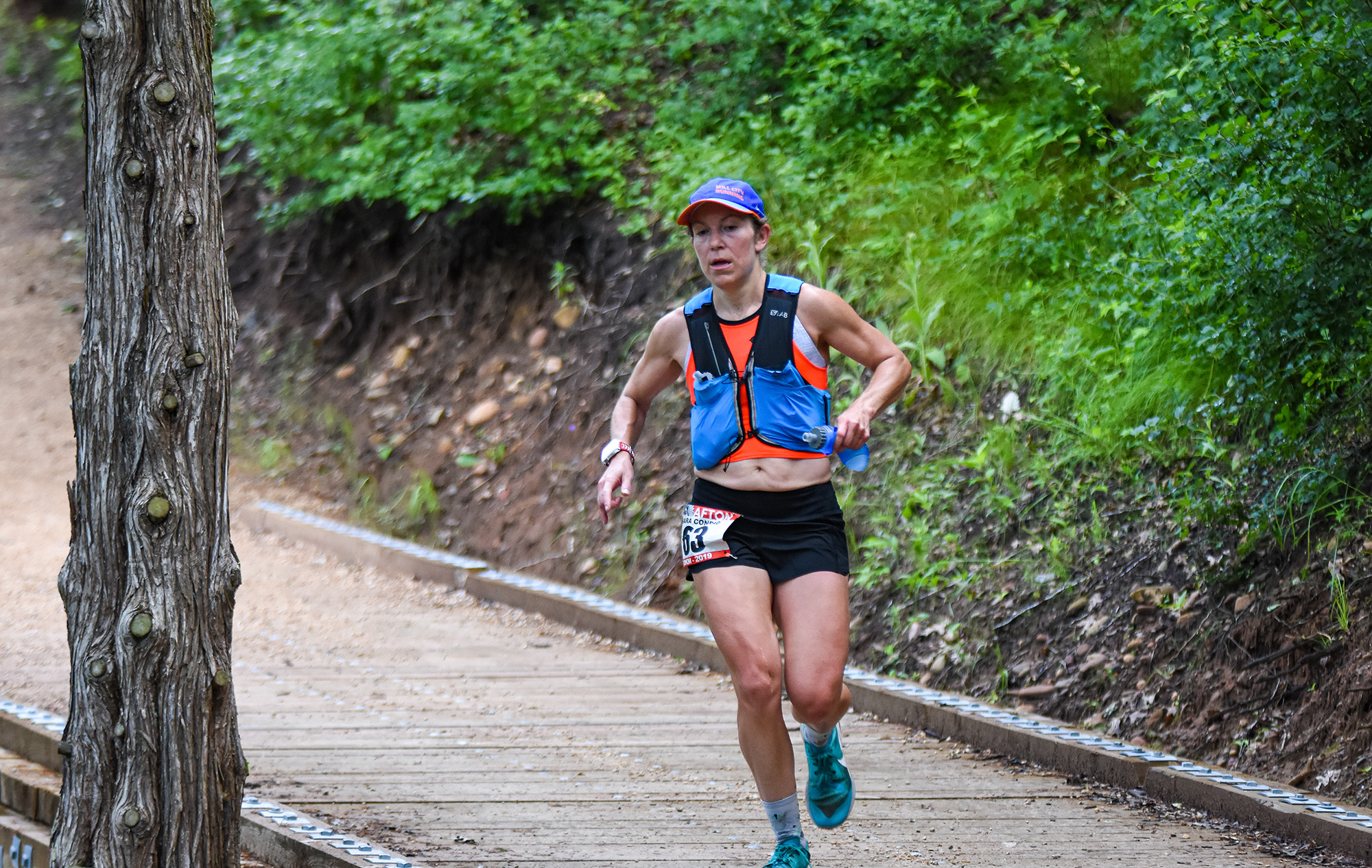 KL: Hi Sara. Congrats on your awesome win at Afton (Sara was first woman in the 50k in 5:01:35). Can you tell us a little about yourself, maybe who you are when you’re not running?

SC: I live in Minneapolis with my significant other, Nick, (who rocked the 25k the same day) and our dog Kona. I enjoy hiking, canoeing, biking, snow shoeing, nordic skiing (former triathlete here). When I am not getting after it running, I get after it in clinic. I am a physical therapist assistant with Twin Cities Orthopedics, where I’m a running specialist. My team affiliations are with Mill City Running, Honey Stinger Elite team, and RAD Rabbit.

KL: What best prepared you for Afton?

SC: All of my training at Afton with my crew—Candice, Ben and Nick (as well as the support from these people as well). Also what prepared me is what I call my small amount of experience with 50k to 50 mile races. Each race is different, and each race has fails that you learn from. Learning from what has not worked is a gem for future races and training.

SC: In the back of my mind I thought a PR would be nice, so we’ll call that my goal. I’m not very good at running in the heat and humidity, so I really stayed on top of my nutrition plan. My plan was to take the first lap at a conversational pace and I met some really cool people along the way doing so. The volunteers at the aid stations were amazing, and I was in and out of each aid station pretty quickly (the ice sponges really helped cool me off). I started passing women in the last 4 miles of the first lap, but had no idea where I was until I came through the half way point, when one of my friends at the aid station said that he thought I was in the top three. I started the second lap feeling really good, keeping with my own plan. As the race unfolded, I found myself catching up to the first place women before the last long climb before the big descent on the campground when I just decided to go for it! I just kept moving forward as fast as my body would go, digging deep to the finish. Winning was surreal for me. The best part was getting all of the hugs at the finish.

SC: Of course I did. Everyone has a low point at some point during a long race. Mine was a couple of miles after I had taken the lead—I had some sharp knee pain that stopped me in my tracks just before the meat grinder. Luckily the meat grinder was next so I knew that I could walk it off a little—which I was able to do. I just wasn’t able to run at the intensity that I wanted to run at because of the pain. It was all mental at this point and I just kept telling myself to keep pushing forward and enjoy the rest of the trail 😉

SC: I have been going to a gym called Alchemy for a little less than a year. The workouts here really push me to another level and have really helped compliment my trail running (both Voyageur and Superior last year). One week before the race I had a workout that included max height box jumps. For the first time I was able to jump a 30 inch box (I am all of 5’2”) and was super excited! That day I thought, I am so ready for Afton now!

SC: Can you talk more about Kona? Of course! She’s a border collie-lab mix that loves to run with us—she has been known to outlast us at Jay Cooke and on the SHT. Winter is really her jam. She loves her couch as well. She goes to work with Nick four days a week—keep an eye on your sandwich or piece of cake, she may beat you to it, lol. She loves running at Afton as well!

KL: I want to meet her! Thanks for taking the time to do this and congrats again.