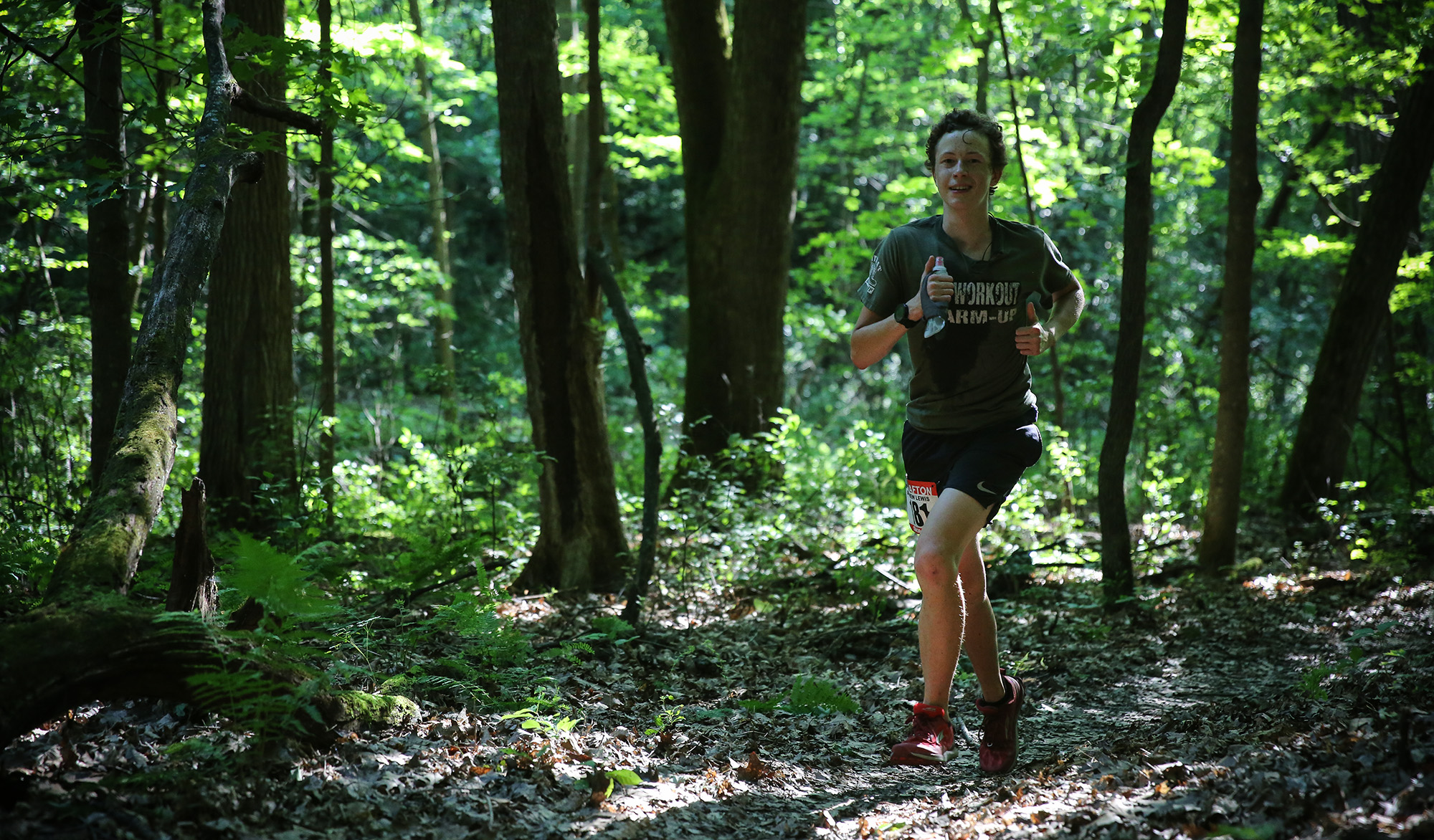 KL: Congrats, Andrew, on being the youngest ever finisher of Afton 50k at age 14. What drew you to this particular race?

AL: Thanks, Kevin! What drew me to the Afton 50k was that I had the goal of finishing my first ultra, and after researching the 50ks around, I decided Afton was for me.

KL: Obviously there aren’t a lot of people your age running ultramarathons. Can you tell us some history about what made you want to do this?

AL: I had some running buddies (not my age) who ran ultras. So it got me thinking ”hmmm maybe I could do that.” The longest race distance I’d run at time of registration was a half-marathon so I chose a 50k as a reasonable first ultra.

KL: You must have some good family support to be doing something like this (unlike most runners, for instance, you can’t yet drive to the race and probably need help getting there). Can you tell us what that family support looks like to you?

AL: Saturday mornings for my long run, my Dad would drive me to trails about 35 minutes from where we live. Big Shout out to my Dad for his support of me doing this awesome stuff.

KL: What best prepared you for such a race?

AL: What best prepared me for Afton was doing lots of hilly trail running, and running with my running buddy, Greg Atkinson, who is running the Minnesota Voyageur this month for his first 50 miler.

AL: Around mile 18-20 I had a real low point, but I kept praying and putting one foot in front of the other. My two goals for the race were to finish the race no matter what and to be the happiest person on the course.

KL: There may be those out there who say you are too young for this stuff. Do you have anything to say to them?

AL: What I’d say to them is to think of what our ancestors did hundreds of years ago, when persons of all ages would run for any number of miles for hunting and survival.

KL: Do you plan on doing any ultrarunning events in the future?

AL: Absolutely! I plan on running a few more 50ks to build a strong base and then progress on to 50 miles, with a long-term goal of 100. Thanks for taking the time to interview me, and I plan on doing Afton in the near future!