I had 3 goals. 1) Finish the race no matter what. 2) Win. 3) Set a course record. – An Interview with 2018 Afton 50K Men’s Champion and New Course Record Holder Justin Grunewald 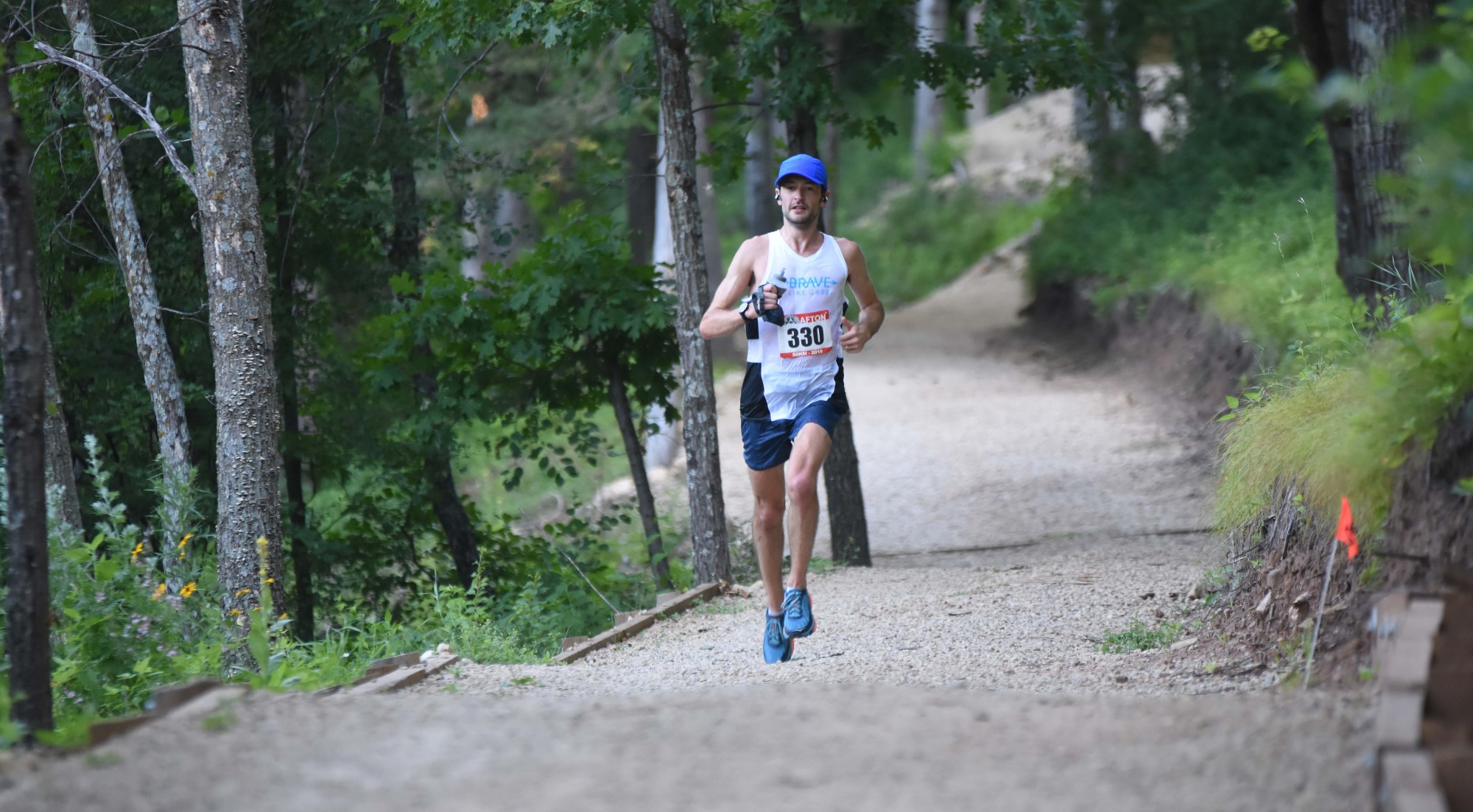 KL: Justin congratulations on an incredible race. You won by 45 minutes and blasted Chris Lundstrom’s solid course record by over ten minutes, not a bad performance for your first trail ultra. What was your plan and how did your race play out?

JG: I actually attempted a 50k in San Francisco last fall but took a wrong turn about half way through and dropped out. For Afton I had 3 goals. 1) Finish the race no matter what. 2) Win. 3) Set a course record. The race was harder than I thought it would be but the volunteers and aid stations helped me to push through to the end. I got out a little too hard and died the second half. I had only seen the first 5 miles of the course before the race so I didn’t know exactly what I was in for.

KL: How did you handle running solo out there?

JG: Running solo was fine. The second loop I had a lot of 25kers around and aid stations every few miles kept me focused.

KL: I read that you’ve been doing your hill workouts on a treadmill. What best prepared you for Afton and a trail ultra?

JG: Honestly, I wasn’t super prepared for the downs but I had been doing multiple minutes up to mile hill repeats on the treadmill at 6-10 percent grade which helps with the ups. By the last couple hills there was definitely some power hiking as my hamstrings basically stopped firing. My long run leading in was only 17 miles, which was less than ideal to prep for the distance. My coach, Mario Fraioli, has really helped with mindset, nutrition, and tackling races even when the prep is not ideal so that has also really helped.

JG: Whenever the going gets tough I reflect on my wife and the battle she/we have been through the past years and it always somehow makes the race easier. She started a nonprofit this past year, Bravelikegabe, to raise money for rare cancer research and help empower, inspire people going through rough patches to stay active. Whenever something starts to hurt or thoughts of doubt creep into my head during a race, run, or everyday life I try to think Bravelikegabe and it makes it easier. (Editor’s note: for more info see https://bravelikegabe.org)

KL: Do you have more plans for trail running in your future? What drew you to Afton?

JG: Long term goal is Western States. Hoping to move up to 50 miles this fall. Afton brought me in due to proximity to my home in Minneapolis and stories I had heard about what a great race it is. I had actually only run there 3 times but it seems like the ideal place to put in long trail miles in the area so I plan to head out there weekly to get some time on foot.

KL: Your wife, Gabriele Grunewald, has had several battles with cancer, something she’s been very public and inspiring with, especially as she runs through it all. Would you care to share any updates?

JG: Big updates are she has a few mile races on her schedule this late summer and fall and she is starting to kick my butt on the track again so I know she is getting fit.

JG: I just want to thank John for putting on such a great race and inspiring the trail culture in Minnesota. I also want to thank all the volunteers for being so awesome out there. I had no shot at the course record without their help at the aid stations.

For more reading regarding the significance of Justin’s course record, see THIS https://www.aftontrailrun.com/afton-2018-recap/